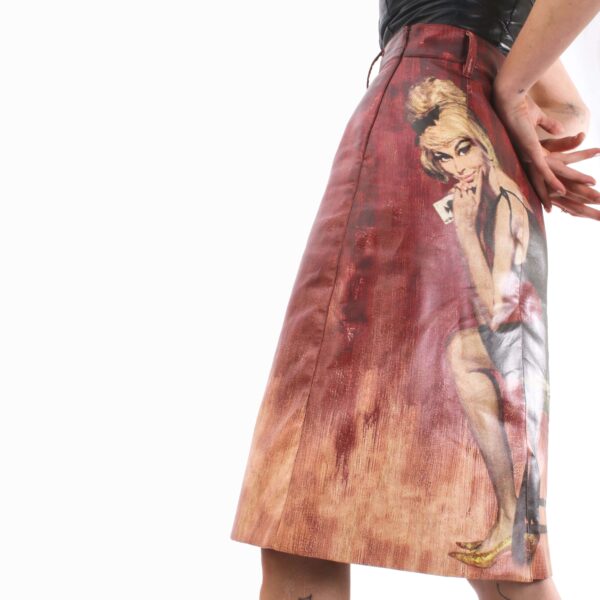 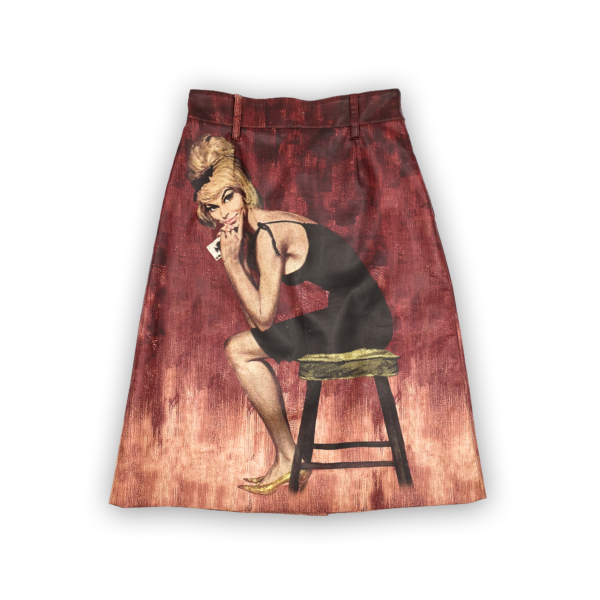 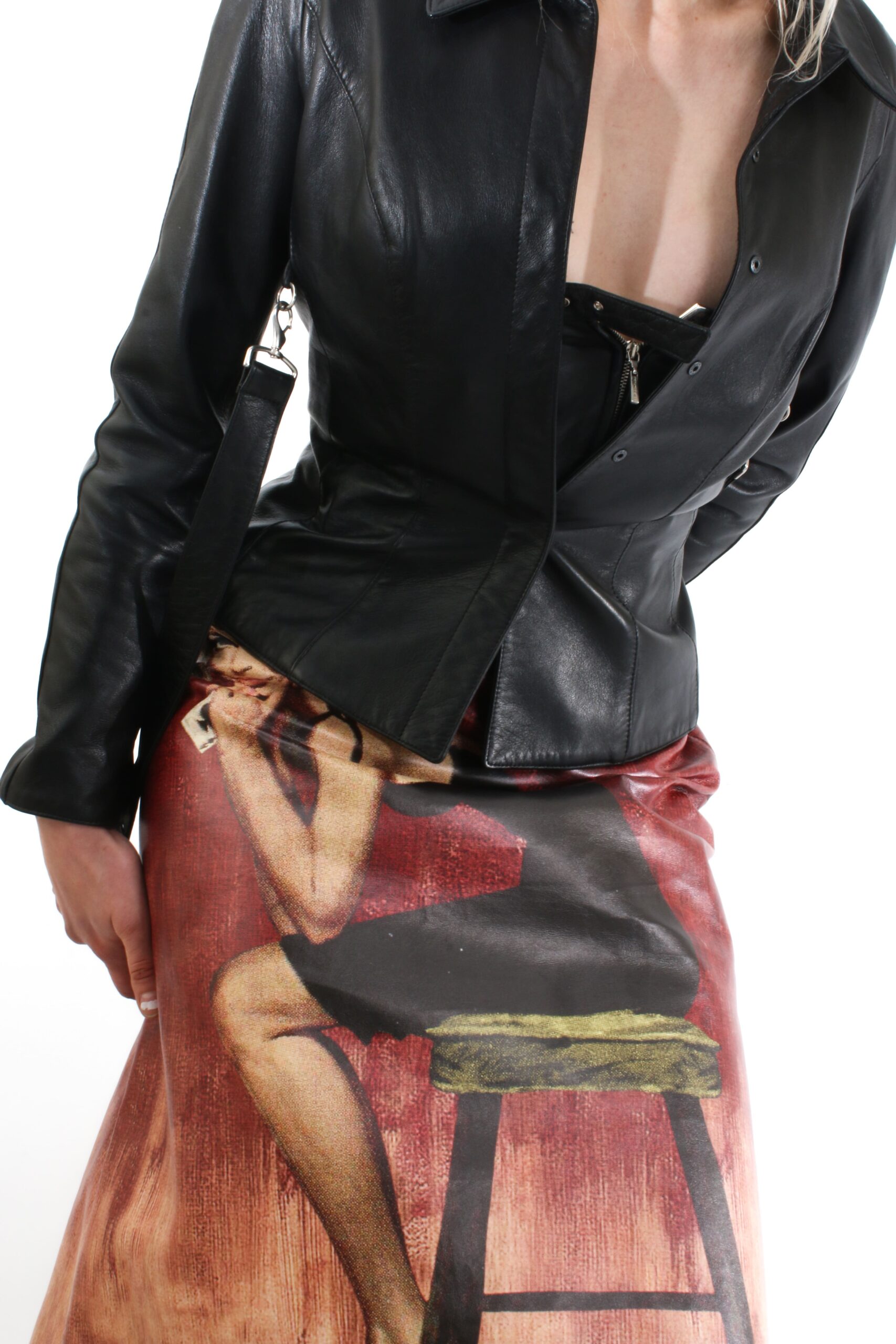 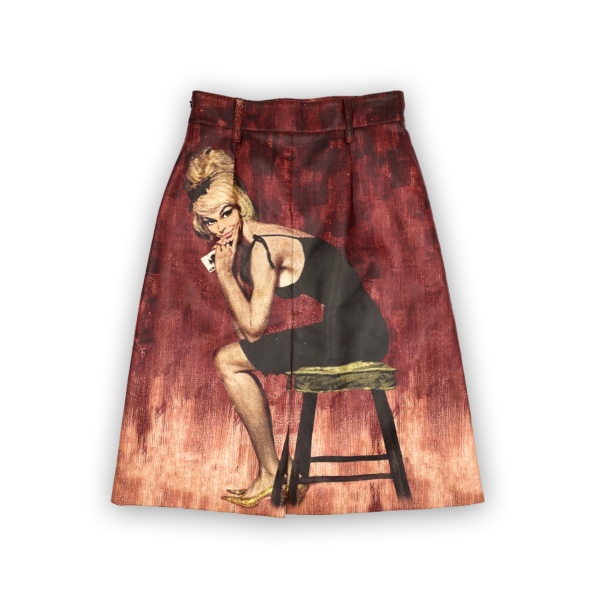 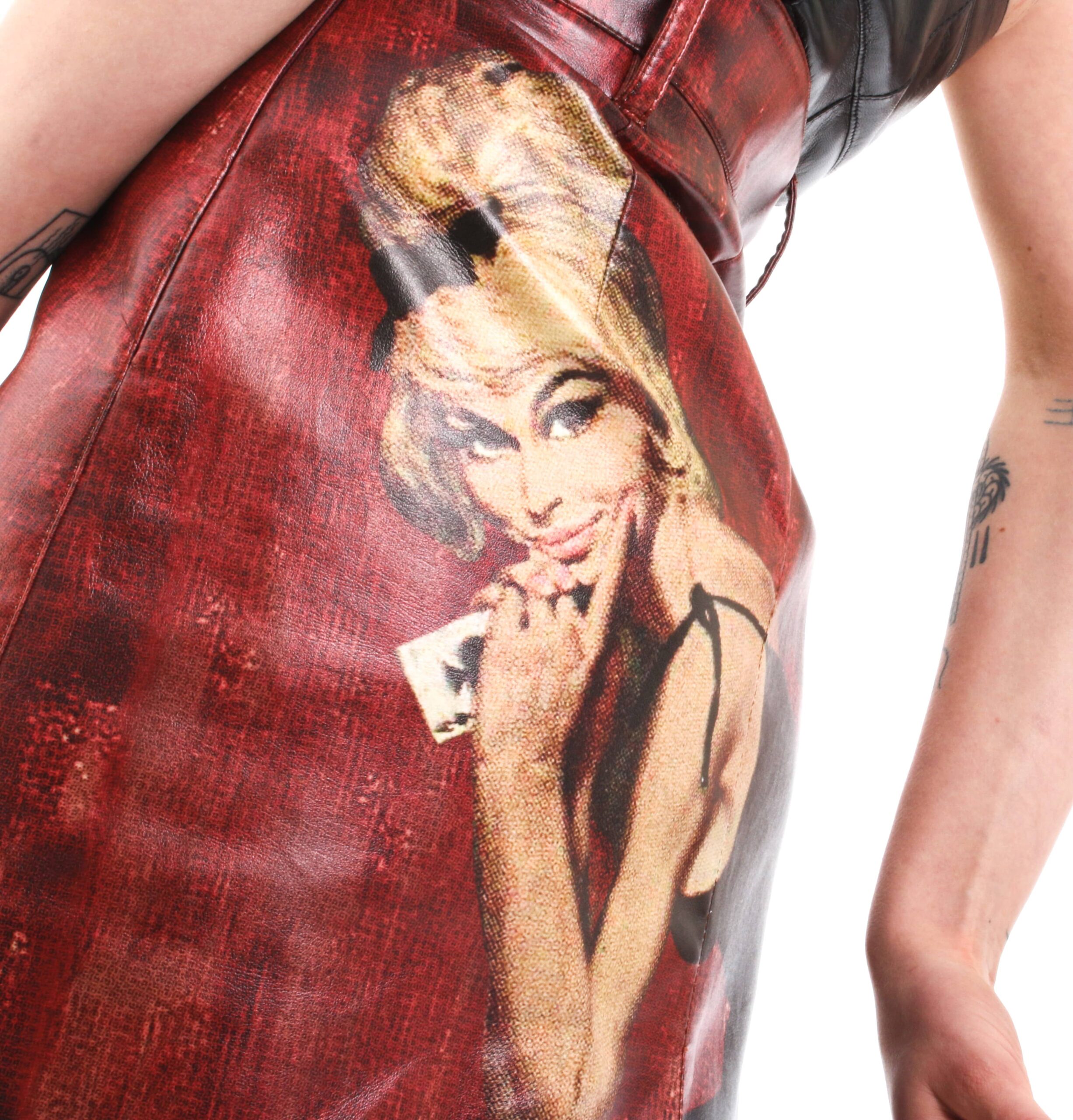 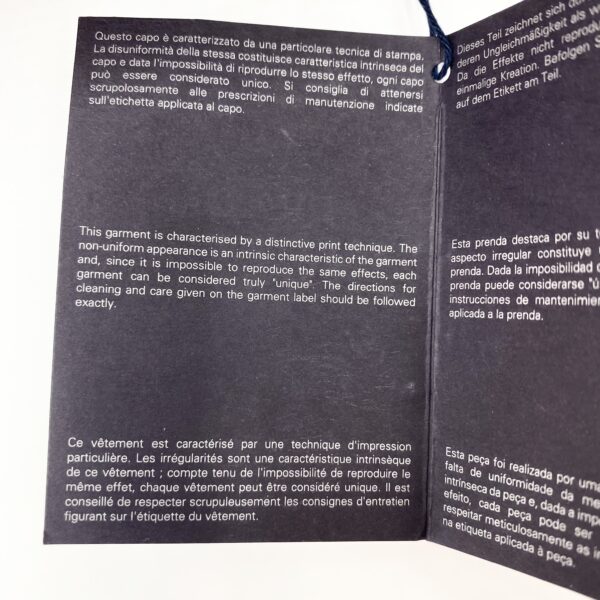 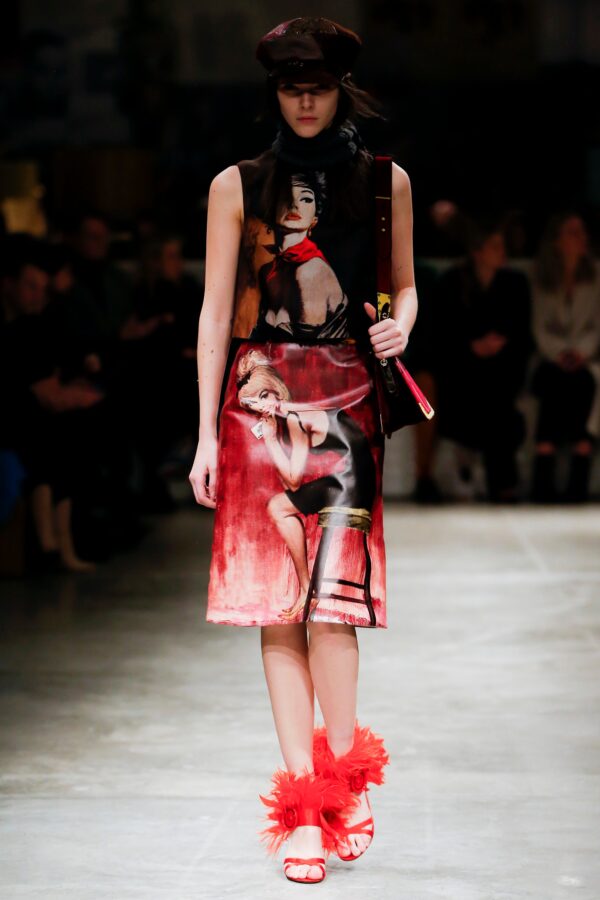 Look. Look closer. Is it painted leather? Look again. It’s a hundred of pixels fixed together by a distinctive print technique on cotton then dipped in a resin that strongly reflects light, oozing moist latex vibes. The illustration itself was commissioned by Miuccia Prada from Robert E. McGinnis, the OG hand behind 60s James Bond movie posters. The particular collection this skirt was born from was strongly influenced by the #metoo movement that broke waves from 2016 onwards, following the high-publicity persecutions of high-power men regarding their sexual allegations. You guys have to check it out, it’s that one collection that left us baffled with such uncharacteristic elements, we thought it was misunderstood to be a Miu Miu show: the ostrich features, dangling crystals, and a whole lot of fringes… were they designing for the set of a Great Gatsby remake? Either way, listening to the backstage interview of Miuccia, we hear she’s deeply stimulated by Fellini’s film, City of Women, leading to these bombshell vixens posing for movie posters. Why? Yes..why? There’s nothing linked to the actual storyline of Fellini’s film, but there is a link between Fellini’s film and Miuccia, one that goes way back to a time when Miuccia was actively political, preferring the left-wing of Italian politics demanding for equality and its consequential benefits for the collective good. So, great job world, we’ve done it again, another cycle of history repeating itself and she’s witness, sharing this flashback to those times when equality was similarly protested for, not unlike what she’s seeing today.